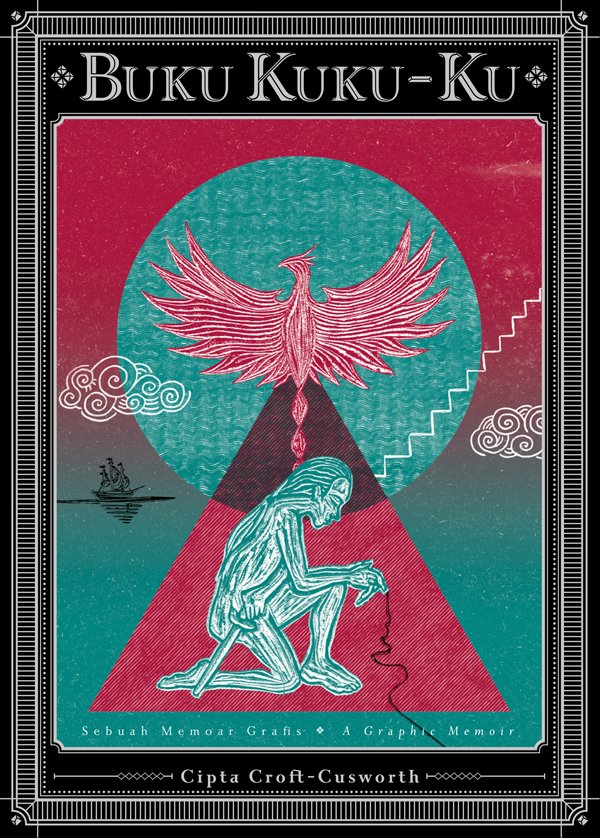 More than a memoir of finding hope in the darkest hours, Buku Kuku-Ku is a book about finding meaning in life, and in death. Through poetry and illustration, this graphic novel explores the feelings of longing and loss that Cipta Croft-Cusworth experienced when his father passed away in 1997. From the day his father died, Cipta began to draw, obsessively, creating a new world in response to the tumultuous times in which he was enveloped, a world centred around the quest for the missing crown of Emanon in a land named Dasuatika, where a prince embarks on a journey to find his long-lost father.

In Dasuatika live several characters who embody different aspects of the author’s personality. Each character faces their own difficulties and their own calling to the quest to find salvation. Buku Kuku-Ku is a story about a crucial phase in the author’s journey, a time when he had to find a way to save the characters he created in order to save himself.

Cipta Croft-Cusworth was born in England and raised in Indonesia, the son of Indonesian writer Lilimunir and English chess master Michael Croft-Cusworth. He is has been an actor, film director, and theme park designer, and is the founder of the Good Guys Never Win toy company.

For two decades after his father’s death, Cipta continued to draw, creating a world full of characters that helped him to give a new meaning to existence.

Through these illustrations and the English and Indonesian poetry that he wrote to accompany them, a story developed that eventually found its full form in this volume, Buku Kuku-Ku: a book of personal philosophy characterised by the author’s steadfast faith in black magic and ‘tenaga dalam’. 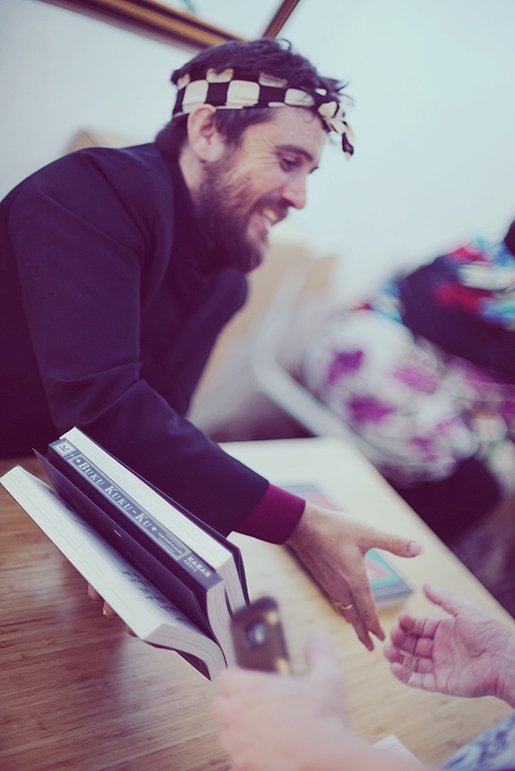 This book is not a how-to on overcoming grief. But it shows you the journey and the richness of the world anguish and pain can build. It is a reminder that all of us have a world built upon dreams, beliefs and imagination.

GoodGuysNeverWin at the Singapore Toy, Game & Comic Convention with Buku Kuku-Ku and the latest range of limited edition toys designed by Cipta Croft-Cusworth.